Becker served on the National Nuclear Regulatory Board 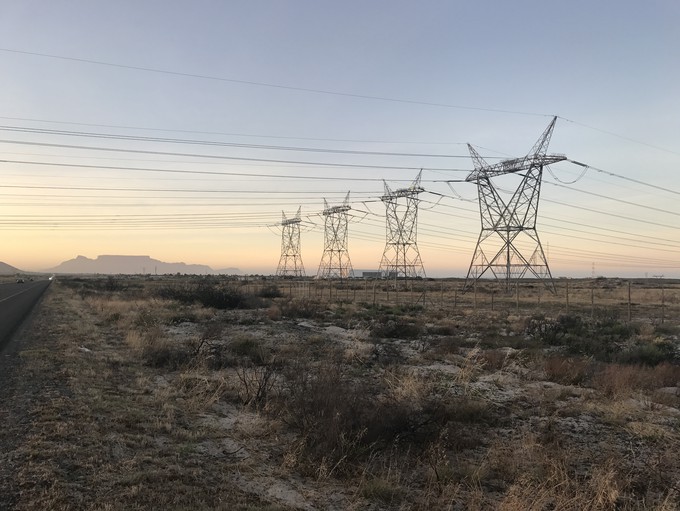 The axing of nuclear watchdog activist Peter Becker from the National Nuclear Regulatory Board last year was unconstitutional, the Western Cape High Court has ruled.

The effect of Judge Babalwa Mantame’s ruling is that Becker, who was appointed as a community representative on the board in June 2021 following a public call for nominations, must be reinstated.

The Minister of Mineral Resources and Energy, Gwede Mantashe, the National Nuclear Regulator, and the board – who all opposed Becker’s review application – have been ordered to pay costs.

Becker, who is the spokesperson for the Koeberg Alert Alliance (KAA), was appointed as a non-executive director of the board to represent communities affected by nuclear activities.

Becker was nominated by a number of civil society organisations, including the KAA, which is opposed to further building of reactors at Koeberg Power Station and extending its lifespan.

He held the KAA’s views prior to his appointment and, according to Becker, they were known by the minister.

However, after he gave an interview (published in Energize magazine) in his capacity as KAA spokesperson, and convened a meeting with civil society organisations, he was deemed to be “conflicted” and that he was not complying with his “fiduciary obligations”.

Becker was suspended and then fired by Mantashe, who publicly stated at the time of his suspension: “If you resist nuclear and you [are] a board member, I fire you, simple. You can’t be [on] a board of something you’re not advocating for. We want nuclear there in Port Elizabeth”.

Mantashe’s decision to fire Becker was backed by legal opinion from law firm MacRobert, which found that Becker was not protecting or promoting the business interests of the regulator or preserving its reputation.

Becker, in his court application, argued that the minister had an ulterior motive to get rid of him because of the challenging questions he raised.

Judge Mantame said that when Becker commented for the Energize article, he had done so in his civil society activist role, prior to his formal appointment and his acceptance as a member of the board.

Regarding Becker’s meeting with civil society bodies, following his appointment, Judge Mantame said he had advised the board of this.

“The goal was to collect the top concerns relating to nuclear safety across organisations … and to bring those concerns to the board, since he was a representative of those communities.

“In a situation where he made the agenda of the meeting known to the regulator, it is inconceivable how the allegation of him representing the board (as opposed to being a representative on the board) without authorisation to do so, came about,” the judge said.

Judge Mantame said legislation decreed that the 12-member board had to have a representative from communities affected by nuclear activities in order to heighten the level of deliberations and engagement.

“It appears Mr Becker’s views became of utmost concern days after he was appointed … it does not appear that there was any constructive engagement between the board and Mr Becker on how to conduct himself in accordance with the prescripts.”

Judge Mantame said Becker was never advised that it would not bode well if he wore two hats (a board member and spokesperson for the KAA) and the issue should have been dealt with in a more constructive, pragmatic and professional manner.

The judge said there was nothing on record to show that the communities who had nominated Becker to the board were advised of his suspension in January 2022.

While the minister claimed this had “nothing to do with the public”, the judge said, to the contrary, “public interest is of utmost importance in this matter”.

Judge Mantame said the board should have considered themselves fortunate to have Becker, who represented these communities, as a member whose input would have been enlightening and which brought a different perspective to the discussions other than government policy.

“Much to this court’s dismay, in a board consisting of 12 members, it is not clear how Mr Becker’s only opinion could have swayed all the other members. Also, the allegations that his public views concerning desirability of nuclear energy are said to be ‘contagion’ that would ‘infect’ the board’s decisions, is fanciful.”

Judge Mantame said “most shocking” were the utterances made by Minister Mantashe after Becker had been suspended but prior to his dismissal.

These suggested that the minister had prejudged the issue and had acted in bad faith and with ulterior motive.

She said while Becker should have relinquished his position as spokesperson for KAA after his appointment, his conduct could have been resolved without him being fired and the process was clearly unfair.

“In conclusion, the statements (Becker) made, his request for information from the regulator’s employees and the meeting with members of his constituency cannot be construed as misconduct. Even if there was a perception of conflict of interest, in my view, it was capable of being mitigated. It then follows that a sanction of discharge is unsustainable.”

Next:  Dust, flying rocks, deafening noise: blasting is a nightmare for people living near mines

Previous:  Murder at Mangaung Prison: Leaked report shows ‘Facebook rapist’ was dead before a fire broke out in his cell