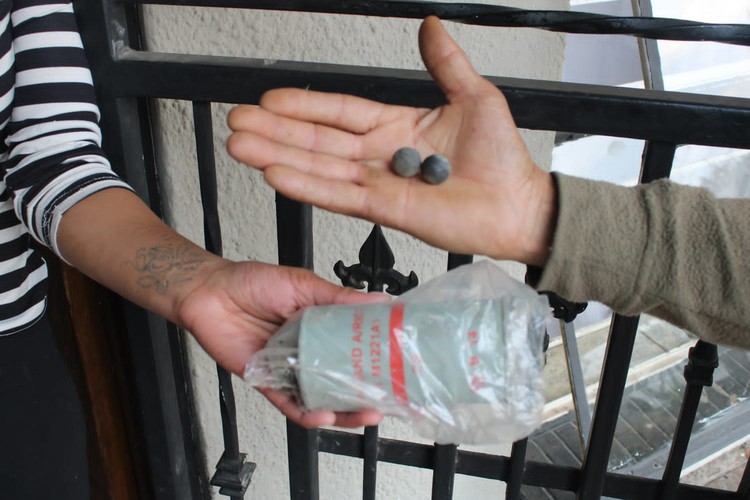 The Rogers family show rubber bullets and a container they say police shot into their home during a protest in Geluksdal, while 11-month-old Zachary Rogers was inside. Photos: Kimberly Mutandiro

The family of 11-month-old Zachary Rogers, who was exposed to teargas in his home during a protest in Geluksdal, Brakpan in Gauteng on Monday, are demanding that the conduct of police be investigated.

Protesters had blocked the main road near the Rogers family home. Some ran into the house when police fired rubber bullets and the family say police then threw teargas into the house. At the centre of the protest is the community’s demand for free basic electricity, among other things.

Zachary’s mother Gabriella Rogers told GroundUp that her son was gasping for air and was red in the face after the teargas canister was thrown into the house. She says they rushed him to hospital where he was treated for respiratory problems and discharged the same day. The family intends to report the matter to the Independent Police Investigative Directorate (IPID).

Police did not confirm that teargas had been used. SAPS Station Commander Goodall Khumbulani Mbatha in a statement following the protest said, “The community barricaded the roads around Geluksdal including the main road with burning tyres and big stones.” Three people had been arrested.

“We will be opening a case because my grandchild was in the house. How can police throw teargas inside a house?” said grandfather Shane Rogers. On Wednesday, the family said they were waiting for Zachary’s formal medical report to file the complaint against SAPS.

In August, Ekurhuleni was rocked by riots over electricity in Tembisa and Geluksdal in which four people died. Until May this year, all residents in Ekurhuleni used to get the first 100 kilowatt-hours (kWh) of electricity free. The municipality said that this was adjusted when it implemented a National Treasury directive for which only indigent households with an income of less than R3,500 per month can qualify.

Portia Brink, a community representative, said many households were struggling to pay debts and blocked from buying electricity. Others had had their water cut.

Last week the City said some households had tampered with electricity meters and this had resulted in arrears and penalties. 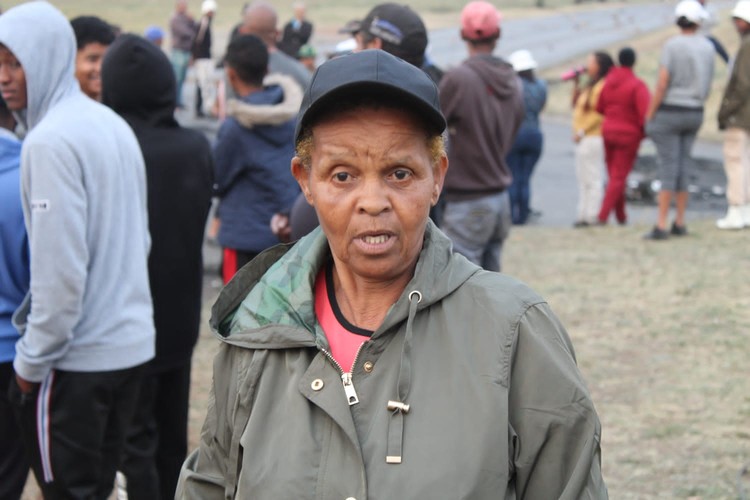 Protester Ferina Ali says she has to pay a reconnection fee of R13,000.

But resident Ferina Ali said someone else had tampered with her electricity box. Now, she said, she had been blocked from buying more units until they pay a reconnection fee of R13,000 owed to the municipality.

She said her father relies on electronic breathing aids so their household electricity bill is close to R6,000. “I have gone from pillar to post to try and get the municipality to help but nothing has materialised,” Ali said. She also claimed that their water bill currently totalled R4,000. “This is why we are protesting, because the municipality is not helping us.”

The City of Ekurhuleni has not yet responded to our questions sent on Monday. 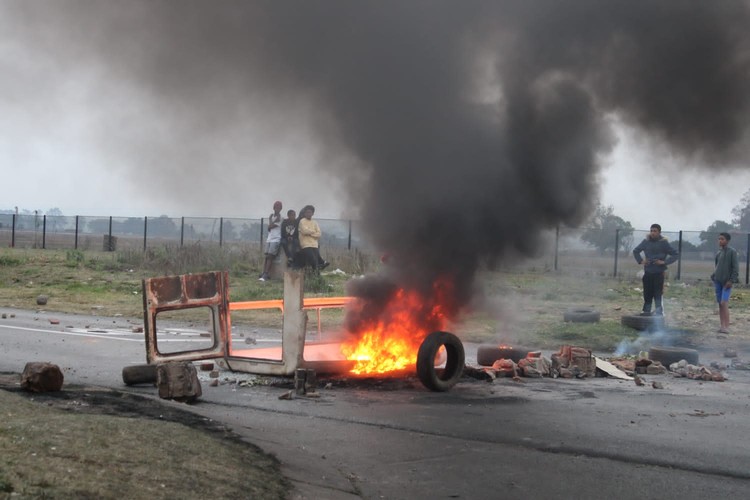 Protesters blocked the main road and other access roads in Geluksdal, Brakpan, in Gauteng on Monday during a service delivery protest.

Next:  Concourt rules that Copyright Act is unconstitutional

Where have all the chameleons gone?

The media has failed to warn society about climate collapse, says science writer