Families face eviction from one of Gauteng’s iconic buildings 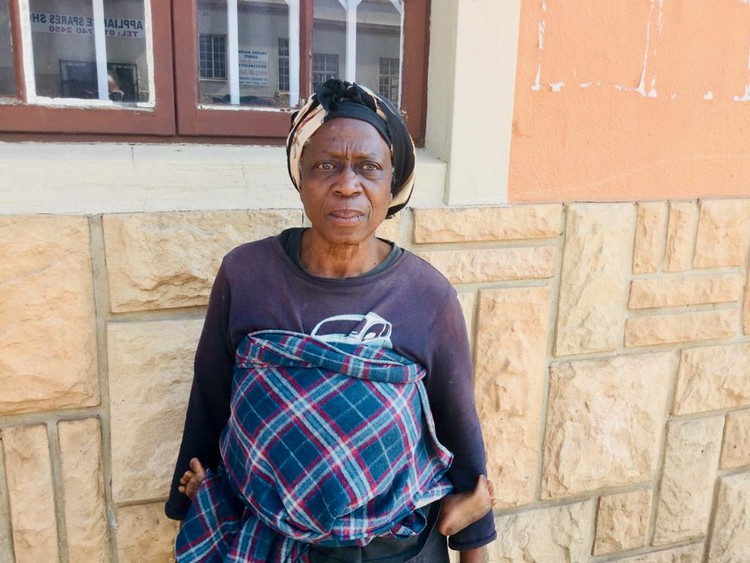 “I can’t believe that l am losing my home again,” says 60-year-old Lettie Ngoasheng. Together with her daughter and five grandchildren she is one of about 20 families facing eviction from a block of flats, which used be the Central Buildings in the 1930s, on Voortrekker Road, Brakpan.

The electricity has been cut off. People are using illegal connections.

Ngoasheng has been here for two years. She is struggling to buy food let alone make the R1,500 a month rental for her “bachelor” apartment. Her family shares a toilet in the passage.

Ngoasheng says for the past ten years, she has been moving from one building to the next.

“To think that l once had a bond on a house in the suburbs in Leachville, when l worked in a firm, some years ago. My children and l were living the dream life. One day, l lost my job and they did not pay me a cent. My world collapsed before my very eyes,” she says.

Her house was repossessed by the bank. She had never registered for an RDP house.

“Does the government have options to build RDP houses for people like me whose houses were repossessed by the bank?” she asks. “I can’t even start to imagine because so many people on the housing waiting list are struggling to get houses.”

“We have been insulted by people who have been trying to kick us out … They even called us hobos … Sometimes they came at night disturbing our sleep. If we move out, we will go straight onto the street because no one will take tenants who do not have money to pay rent,” she says.

Ronaldo Sias has lived in the block for two and a half years with his family and rents the largest flat, which has two bedrooms. He said when he first moved in there were some offices on the second floor and a night club on the ground floor. Since then there have been about five different people claiming to be caretakers. Rent has been paid to various people over the years.

Sias worked at OR Tambo International Airport, refueling aircraft. He says he has not been paid since lockdown. When he went to check what was happening he was told that his contract had come to an end and he would receive further notice.

“Things are tight. I’ve been living off my savings throughout the lockdown. Soon l’ll have nothing. My wife is suggesting that we sell everything and move back home to Cape Town if the eviction goes through,” he says.

Shawn Badenhorst has been living in a one-roomed apartment with his wife and two kids for over a year. They are expecting twins. He recently lost his job due to the pandemic.

“It’s not like we have not been paying rent for long. It’s only now that times are tough. The other problem is we do not even know who the real owner of the place is. Different faces have come and gone. We do not even know if we were paying to the right people,” says Badenhorst.

“It’s unfair that they are evicting us. We want to welcome our twins into the world while we still have a home. We do not know where else to go.”

Residents received letters on 18 August telling them to leave by 20 September.

Building owner Hennie Martin says he leased the building to someone who has never paid him a cent.

“I have given the occupants one-month notice because they are living there illegally; no rent is being paid. The building has become a liability to me because [of] the water bill … Some people have stripped the building of everything including electric cables. Certain individuals have also tried to hijack the building claiming it as their own … There have been many problems and the only option l am left with is to sell the building,” he said.

He said he was going to court in September. Opposing him is Bongani Mdu, who lives in the area, and has become involved on the tenants behalf.

Mdu told GroundUp he has not hijacked the building; he has been fighting for the tenants because various people have been harassing them and trying to evict them unlawfully. He had challenged them to produce the necessary paperwork for a legal eviction. 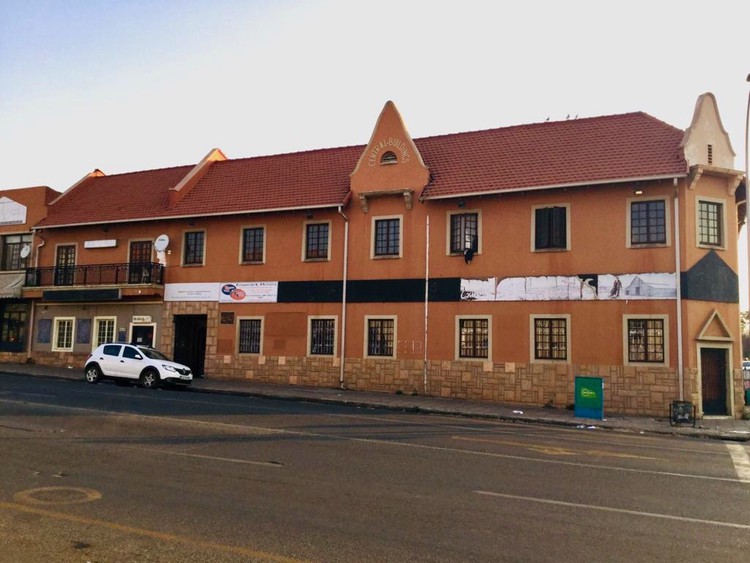 The Central Buildings in Brakpan was built in the 1930s.

Previous:  Lockdown in pictures - Day 157: All that jazz