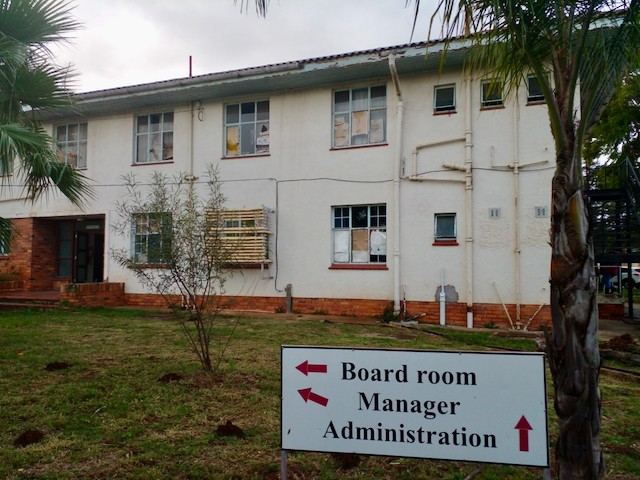 A large section of Fort Beaufort Provincial Hospital has been deemed to be a health hazard. Photos: Mkhuseli Sizani

A large section of Fort Beaufort Provincial Hospital has been shut down by the Eastern Cape Department of Labour which has deemed 13 wards to be a health hazard.

A hospital manager told GroundUp, “We are scared our hospital might be shut down … On 10 June the Department of Labour inspectors shut down 13 male wards in block 2 and deemed them a health hazard. Now the patients have been moved to block 5, which was used to admit Covid patients.”

“Many wards, including the maternity ward, have leaking roofs because of the 13 December storm.”

“Old files are dumped in broken rooms. Both male and female patients share the toilets. Taps are leaking and the place is always wet.

”Another manager said, “I am worried that if the department does not urgently fix this hospital it is going to shut down and our people will be forced to go to Alice and to East London.

“This used to be one of the best hospitals … But since the democratic government took over, our hospital has become filthy and a place of negligence.” 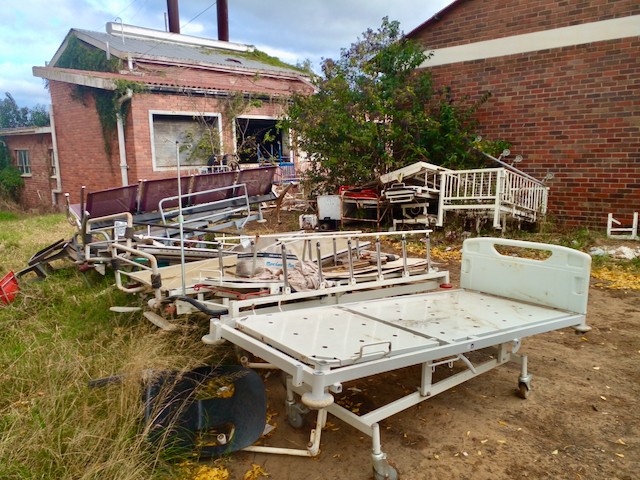 Furniture has been dumped outside on the hospital grounds in various places.

GroundUp visited the hospital last week. The wards and toilets were filthy. Animals grazed on the unmaintained grounds. The building is dilapidated, windows are broken and the roof has not been repaired since it was damaged by a storm in December. Old patient files are dumped in an unused outbuilding.

Patients in the casualty section have little privacy. There is no internal corridor connecting casualty to the wards, so patients have to be wheeled outside in chairs or on stretchers, no matter the weather, to be transferred to the wards.

“We wait for many hours at casualty before we are attended to,” a patient complained to GroundUp. “I really don’t understand why a big hospital has a shortage of staff and blankets. If you are admitted the nurses tell you that you should bring your own blankets.”

A former nurse at the hospital said, “Shortage of staff and linen has been a crisis for more than ten years there.”

A clerk said, “We don’t have filing cabinets. Patients’ folders are lying all over the place. On wet days we have to put buckets out for leaks and move around the old furniture we use.” 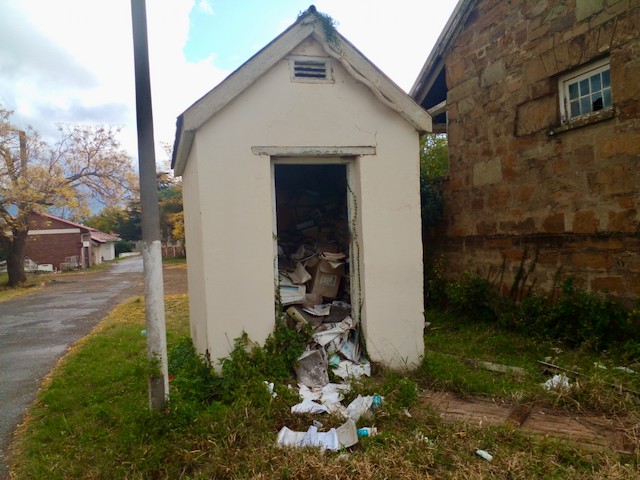 “The wards, not the whole hospital, were issued with a probation notice, in terms of the Occupational Health and Safety Act 85 of 1993,” said Yonela Dekeda, provincial health spokesperson.

She said the department was busy repairing the storm damage and there was a contractor on site replacing asbestos roofing throughout the 13 wards and fixing leaking roof sheets, damaged ceilings, and broken windows.

She said the department was aware of the “infrastructure issues” at Fort Beaufort Hospital. An assessment was done in 2017/18 which recommended a major overhaul. A master plan to fix the hospital was signed in 2018. The refurbishment cost was estimated to be R350-million.

“The department did not have funds to implement the project in its entirety. The department opted to phase the project and start an upgrade to the perimeter fence and guardhouse to ensure safety and security of both patients and staff. This phase has been completed.”

“The second phase is planned to concentrate on plumbing (including ablutions), painting, vinyl floor covering. The project is in an advanced stage of implementation and a contractor is expected to be on site before the end of the second quarter of the financial year.”

Dekeda said male and female patients were not sharing toilets as reported and there was no shortage of linen.

As for staff shortages, this was “being addressed through the implementation of the current approved Annual Recruitment Process”.

The provincial Department of Labour has not responded to our questions since Tuesday. 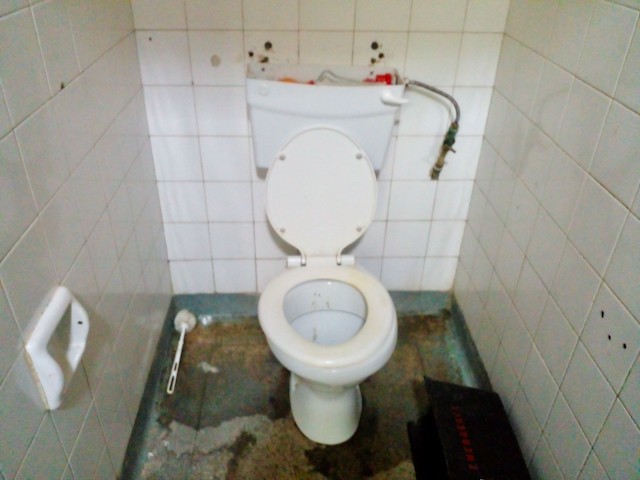 A toilet at Fort Beaufort Hospital.

Next:  Limpopo villagers have to buy water with their social grants