Gqeberha taxi driver dies after crashing into a protest barricade 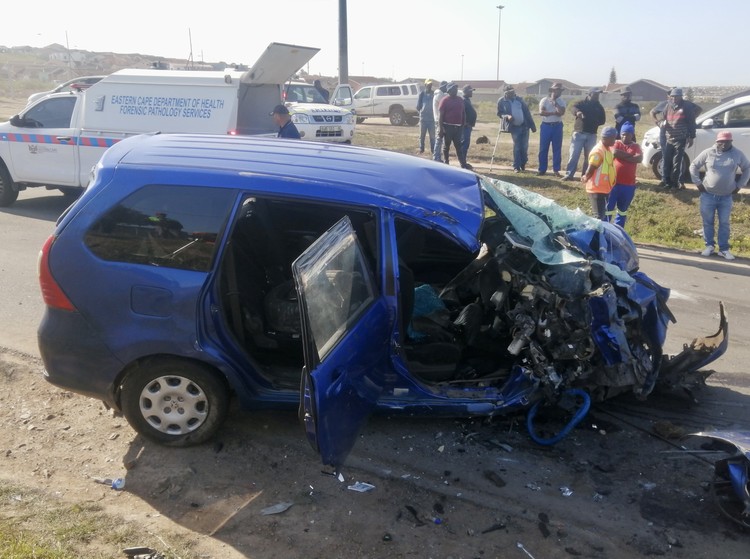 A taxi driver died after crashing into a stormwater pipe used as a barricade by protestors in Gqeberha. Photos: Mkhuseli Sizani

A 64-year-old taxi driver died and two passengers suffered severe injuries when their vehicle crashed into a stormwater pipe used as a barricade in a housing protest in Gqeberha. The collision with the large, concrete pipe, placed on Mission Road as a barricade, occurred around 6am on Thursday morning.

According to the residents, the protest started at 3am. GroundUp confirmed that some residents had placed the stormwater pipe on the road as part of the protest.

A truck and a bakkie were also torched by protesters later that morning.

Residents of Westville informal settlement agreed to call off the protest after Nelson Mandela Bay Municipality Mayor Eugene Johnson spoke to them on Thursday afternoon.

The protesters say they were promised 6,500 housing units by the provincial human settlements department in 2015, but the project has been suspended since 2017, because the municipality has not installed the bulk water and sewer infrastructure.

Hundreds of residents have been protesting since Monday, when a delivery truck was torched.

The mayor visited the community at 5pm on Thursday. She told residents that the water and sewerage infrastructure project had been tied up due to legal issues, and was being attended to by the municipality’s lawyers. The mayor promised the community short term fixes, including more chemical toilets, and repairs to damaged water taps.

Sipho Ntsondwa, chairperson of the Westville Development Committee, said the community had decided to suspend protest action to give the mayor a chance to do her job.

“For 22 years we have been crying for basic services. In order for us to get electricity we had to embark on a series of violent protests because that is the only language this municipality understands,” he said.

Ntsondwa said that the community felt sorrow for the taxi driver and his passengers.

He said that on Wednesday the mayor had sent officials to listen to their grievances. The community was told that they were not included in this year’s budget, and said they should ask their ward councillor for more information.

“The officials’ response made us very angry because it clearly shows that they don’t care about us. Hence residents decided to intensify the protest,” he said.

Siyolise Mtshengu, secretary of the Westville Development Committee, called for ward 36 Councillor Khanyisa Mani (ANC) to step down. “How can he not make sure that we were included in this year’s municipal IDP Budget? He did not even attend yesterday’s meeting when the municipal officials were here,” said Mtshengu. 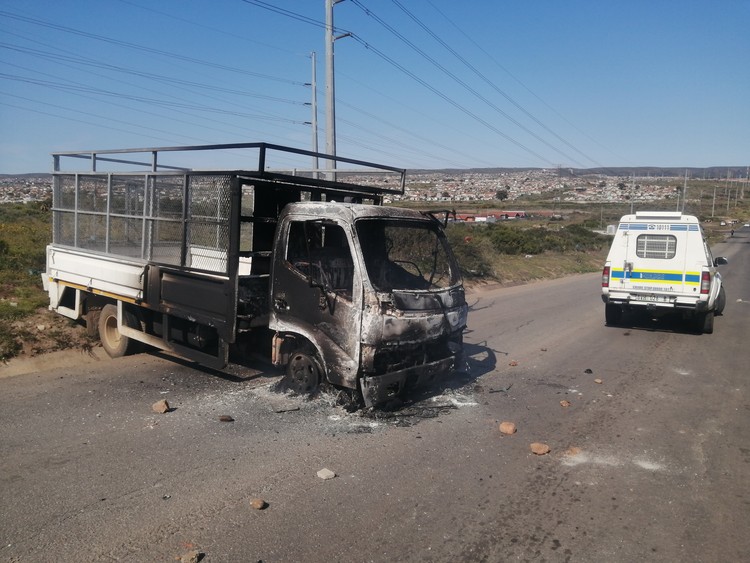 A truck torched by residents on Thursday.

The police, however, do not believe that that accident was a result of the protest action, according to police spokesperson Captain Sandra van Rensburg.

“The accident did not occur where the protestors were in action. Furthermore, the accident took place at about 6am and the protest action only started at 7am,” she said.

She confirmed a case of culpable homicide was opened for investigation.

“It is alleged that at about 6:05 on Thursday a Toyota Avanza was travelling from Kleinskool towards Westville when it collided with a storm water drain pipe that was on the road. He died on the scene and the two passengers in the Avanza were taken to hospital,” she said.

Next:  The media has failed to warn society about climate collapse, says science writer