Kannaland has a history of strange politics 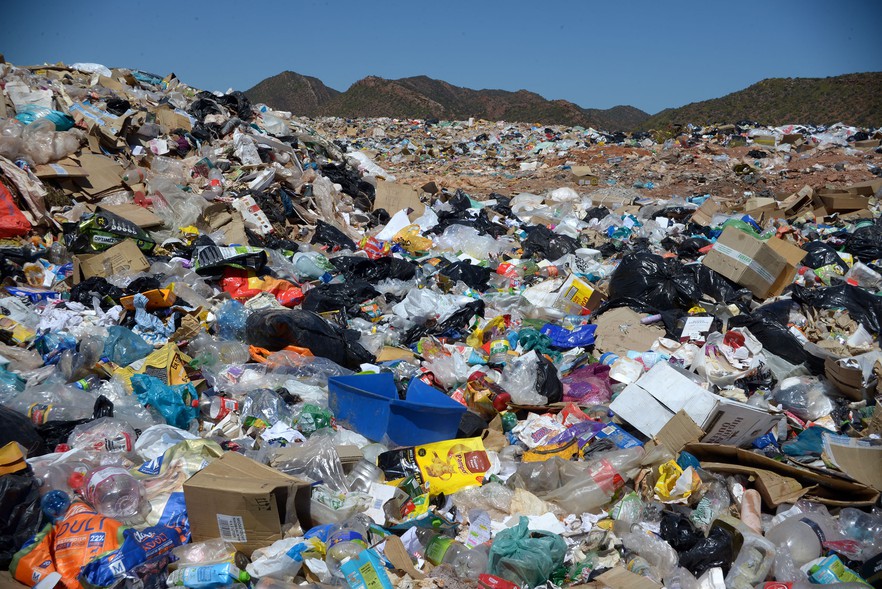 The Ladismith refuse dump, which also services Zoar some 28km away, is essentially a mound of plastic waste open to the winds. The surrounding fences are broken and there was no security or management evident when GroundUp investigated the site. Photo: Steve Kretzmann

Everything is falling apart in Kannaland: water supplies, sewage, rubbish collection. Even the Ladismith city hall is in a mess in this Little Karoo municipality marked by strange political alliances and in-fighting.

The municipality includes Ladismith, Zoar, Calitzdorp, and Van Wyksdorp. A brief trip by GroundUp to Ladismith and Zoar revealed serious municipal service failures, particularly related to waste. The Ladismith city hall is itself a representation of the state of the municipality. The exterior is half-painted and had broken window panes. Councilor for the Independent Civic Organisation of South Africa (ICOSA), Jeffrey Donson (who was in 2008 convicted of indecent assault and statutory rape of a 15-year-old girl while he was erstwhile Kannaland mayor on an ANC ticket) said the job had taken two months and workers hired to repaint the building sat around while waiting for more paint to be delivered, but it couldn’t be ordered due to the state of municipal finances.

More seriously, sewage from the entire town of Zoar flows untreated into the Nels River because the pump meant to pipe the water from the collection dam up to the sludge ponds for purification is broken. The fencing and gate to the collection dam, which is next to housing on the south-eastern edge of the town, are broken, and no-one is on duty to prevent children from wandering into the contaminated area.

The wastewater treatment plant at Ladismith appeared to have been upgraded but the final effluent flow into a channel flowing to the Groot River remains visibly polluted, fences are broken, the main gate is open after hours and no security guard was to be seen.

ICOSA councilor Hyrin Ruiters at the wastewater collection dam in Zoar. This untreated sewage is meant to be pumped up to a set of sludge dams to purify the water before it flows back through a vlei and into the Nels River which runs at the base of the kloof in the background. However, the pump does not work, resulting in the raw sewage overflowing from this initial holding dam directly into the river without receiving any treatment. Although GroundUp visited the site during working hours, no-one was present and the gate and fences were broken. Photo: Steve Kretzmann

ICOSA councillor Hyrin Ruiters said everything was falling apart in Kannaland, especially in Zoar. He said refuse from Zoar had to be taken to the Ladismith landfill site but the only trucks available were open trucks. This meant, he said, that a lot of the collected rubbish blew off the back on the 28km journey to the Ladismith dumpsite. GroundUp observed that the Ladismith dumpsite was a mound of exposed plastic with no earth covering. The fencing was broken and there was no guard or any form of management.

Ruiters said the drinking water supply in Zoar had problems. The main water storage dam was too small and over December and January when people visited or returned home to be with their families, the municipality needed to supplement it with water from the larger dam on the government-owned farm Amalienstein. However, he said the municipality had to pay the farm for the electricity needed to run the pump.

In a bid to minimise ICOSA’s influence, an unusual alliance between the DA and ANC took place, limiting ICOSA to three ordinary councillors on the seven-member council, with the DA and ANC holding two positions each, including the key positions of executive mayor (ANC), deputy mayor (ANC), and Speaker (DA).

Ruiters told GroundUp the ANC and DA had colluded to sideline ICOSA.

“The two big parties want to kill ICOSA in Kannaland, which is why they went into coalition,” said Ruiters. 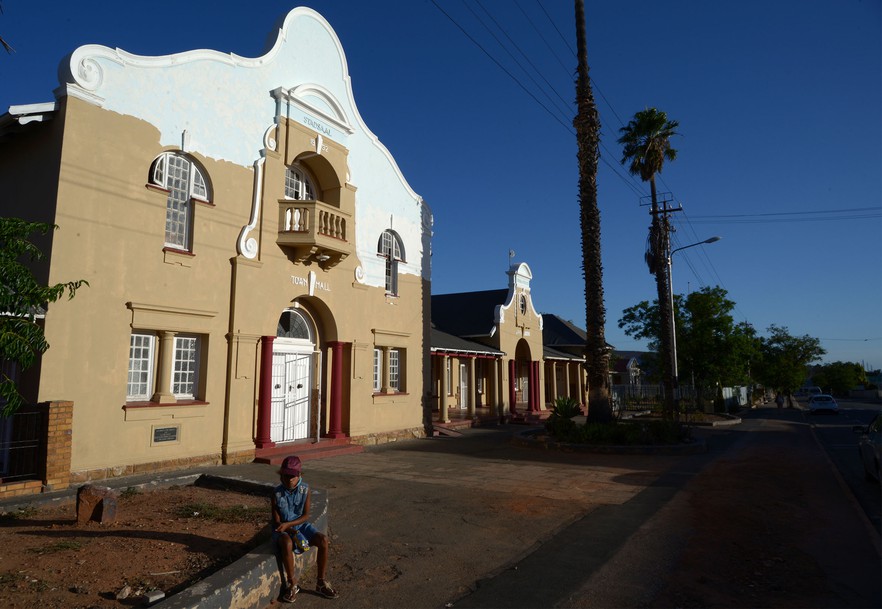 A child sits in front of the town hall in Ladismith, the seat of the Kannaland Municipality. The unfinished paint job and broken windows are indicative of the municipality’s finances and management. Photo: Steve Kretzmann

But the balance of power appeared to shift to an ANC/ICOSA alliance late last year. DA Speaker Aletta Theron was replaced by Werner Meshoa from ICOSA and the Municipal Manager Reynold Stevens was suspended in November pending an independent investigation into serious allegations against him. He was replaced by Chief Financial Officer Roland Butler.

Meshoa was last month found guilty by the Ladismith Regional Court of fraud and obstruction of justice in relation to a R4,000 travel claim. Sentencing is set to take place on 26 February.

The power shift appears to have opened the door for a flurry of decisions in November and December by the Kannaland council which are now being challenged in court. Among them is a R735 million, 25-year electricity provision deal with a private company. 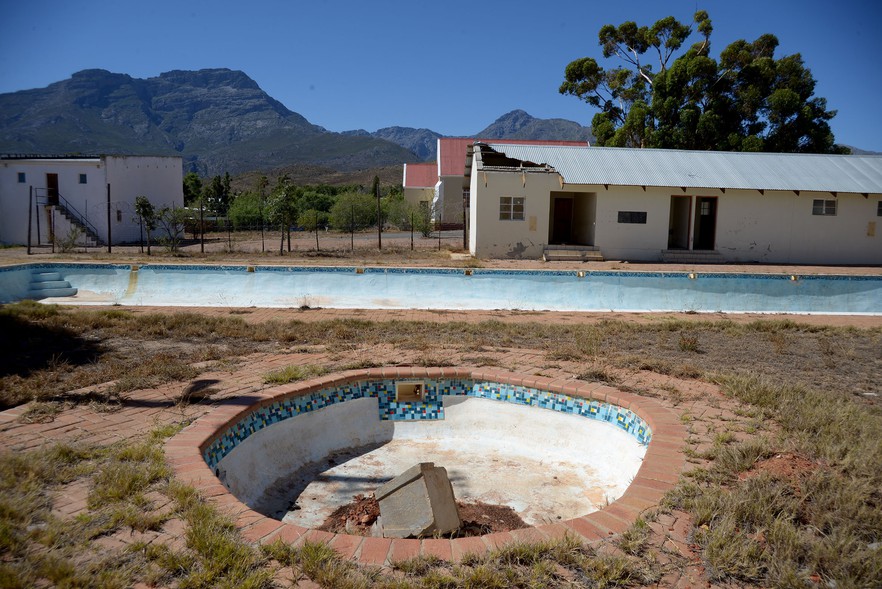 An abandoned public swimming pool on the edge of Ladismith. Photo: Steve Kretzmann

This is the first in a three part series. Part two will be published on Friday: Bankrupt municipality’s R735 million electricity plan. (Produced for GroundUp by West Cape News.)

Next:  “The slow violence of malnutrition”