Theft of stock and lack of grazing are problems 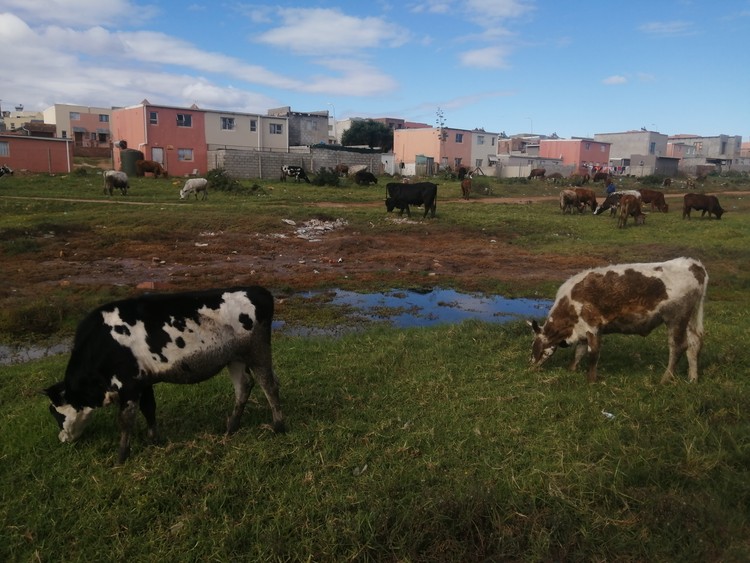 Increasing numbers of cattle, goats or pigs are grazing in townships across Gqeberha. But farmers complain of theft of their stock and a lack of grazing space and say the municipality and police have failed to help.

The fines for keeping a cow go up to R2,000 and if the animal damages property, the owner of the property may also institute a civil claim against the farmer.

Xolisile Manisi, 70, from Govan Mbeki says farming has helped him provide for his family of six. “I bought five ewes for R1,600 and started farming in Veeplas township in 1983. But a few months after I bought my goats, they were stolen while I was out looking for jobs in town. Some goats also died, but I never gave up,” he said.

Manisi revived his farming dream in 1994 and has been farming at his home ever since. “People come to my home to buy goats for sangoma rituals, circumcision and other special family gatherings.” Manisi says he and his wife’s social pensions are not enough to support his family. 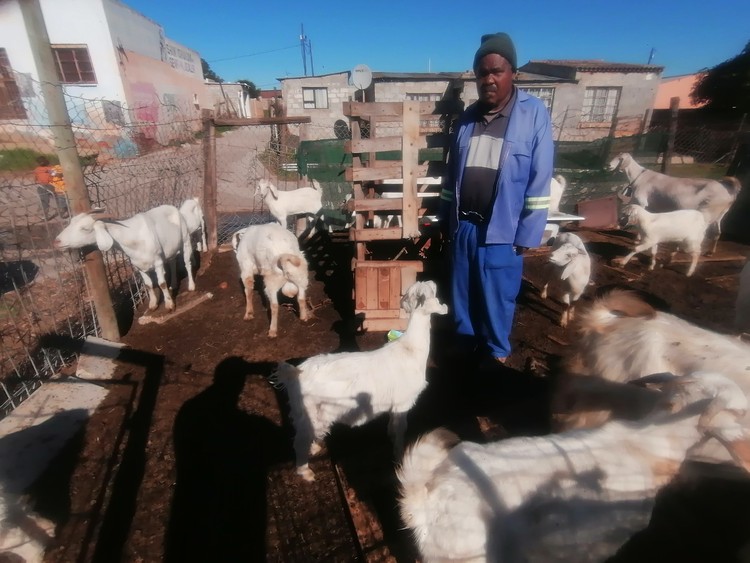 Xolisile Manisi of Govan Mbeki township with some of the goats he sells to help feed his family of six.

He says his goats are selling fast, especially the male ones which bring in more money. Manisi sells his goats for R2,500 to R4,000, depending on the animal’s size.

He currently has 19 goats, but had three of his livestock stolen in February.

He says members of the community and municipal officials have complained about him keeping goats in a residential area. “They say my goats are causing a smell and I must remove them. Instead of imposing strict bylaws, they must help me to get a farm. There are no jobs. With the money I generate, I’m able to take care of my unemployed daughter and her children,” he said.

Khaliphile Siyona, chairperson of the Missionvale Farmers Association in Gqeberha, owns 11 cattle. He was raised in Manxeba Village in Fort Beaufort where his grandfather was a farm worker.

Khaliphile says he started cattle farming in 2012 while working as a petrol attendant and grew his business from there. He lost his job in 2014 and now relies on his farming.

“I milk my cows every morning and sell a litre of milk for R9. This money helps me to buy bull calves. The males sell very fast because they are always in demand for traditional rituals like funerals and welcoming ceremonies,” he says. Cattle used in “send-off” ceremonies sell for between R10,000 and R14,000 while those sold for a “welcoming” ritual can be up to R22,000, he says. 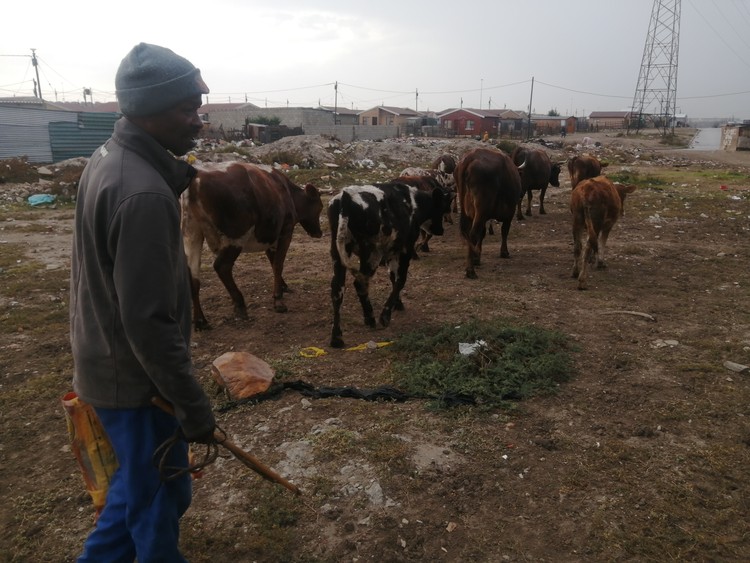 Khaliphile Siyona looking for space where his cattle can graze for the day.

Khaliphile says there are about 20 cattle and goat owners in the association who collectively have 200 cows. “We don’t have grazing fields and drinking water. Our animals graze next to the road, in open fields, school yards and in people’s yards. They also eat from the dump or drink sewage water.”

He says theft is a problem, echoing the concern of other farmers GroundUp spoke to.

Andre Beetge, spokesperson for Gqeberha police said: “We do have sporadic incidents of the stealing of goats, cattle and pigs in areas like Motherwell. In most cases when one pig or cow gets stolen, we open a normal case of theft. But when a person has more than 10 cows or goats stolen we open a case of stock theft.”

Mthubanzi Mniki, municipal spokesperson, promised to respond to GroundUp’s questions about bylaws and safety concerns over animal farming in townships. We sent him questions on Tuesday, and a reminder on Wednesday. When we contacted him again, he promised to respond by Friday but had not done so by the time of publication. 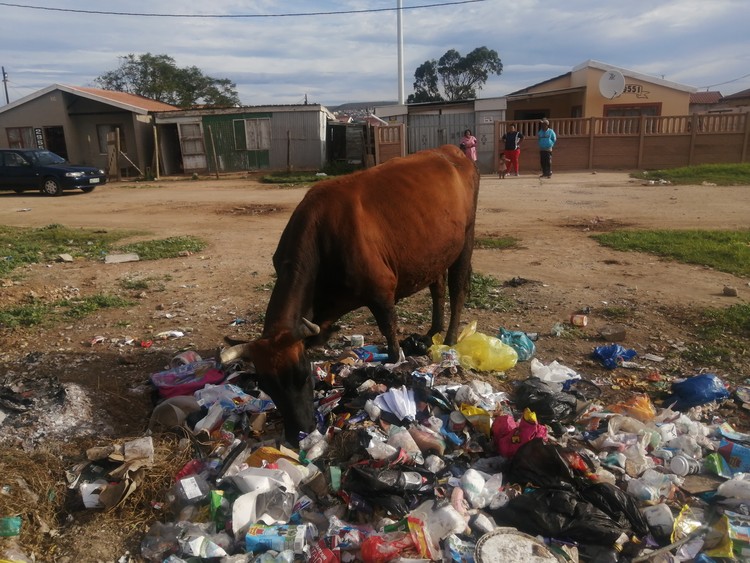