1,500 schools in the province still have pit toilets and some schools can’t afford to get them emptied 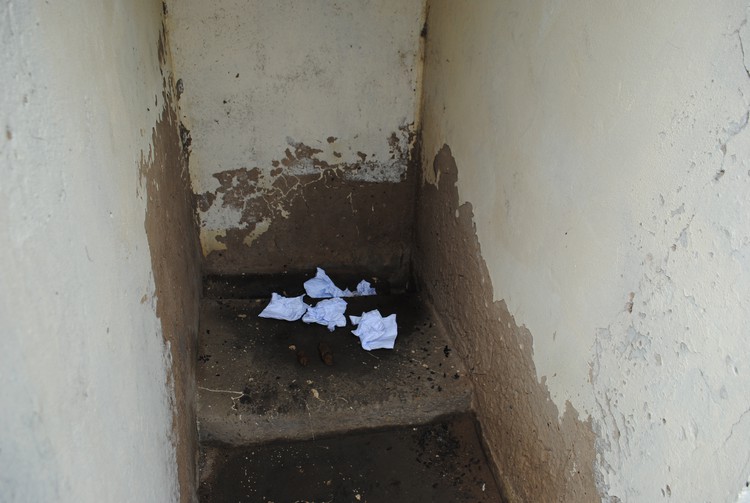 Learners in nearly 1,500 Eastern Cape schools are still having to use pit toilets, many of them broken, filthy and stinking. At some schools GroundUp visited, teachers send learners home to use the toilet because the toilets at the school are unusable. Sometimes there is no money to get the toilets emptied.

At Mnceba Senior Secondary School in Ntabankulu, a foul smell greets the visitor to the latrines. Many learners no longer use the toilets, says grade 12 learner Bathande Diko. ”We all pee on the grass next to the toilets because the smell is unbearable and always makes me sick. Since 2019 our toilets have been like this.”

School governing body chair Mpendulo Matiwane says the school, built in the 1970s, has 1,750 learners and 37 toilets. Four of these toilets are used by teachers. “All of them are in a terrible state. The roofs are leaking and doors are broken down. They are stinking and rotten because it is too expensive to maintain them.

Matiwane said the Eastern Cape Department of Education was aware of the problem with the toilets “because the officials visit our school every year”.

“But they are not doing anything to fix them.” 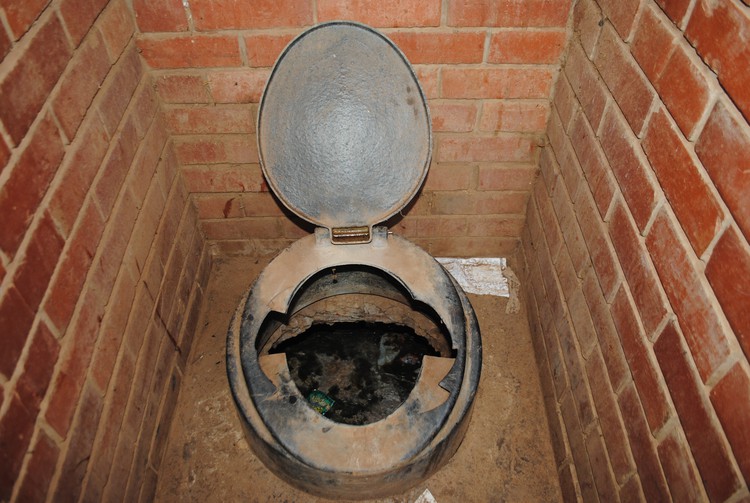 Toilets at Mnceba Senior Secondary School have been emptied only once this year.

Dudumayo Senior Secondary School in Mqanduli in the former Transkei has four pit latrine toilets for 491 boys and eight for 563 girls. The toilets, says school principal Nontathu Mdaka, are all old and dilapidated. “We let nearby learners go home and relieve themselves. But the rest use the toilets in that condition.”

“The municipality charges us R12,000 every time it cleans them out. This year we have cleaned them twice and they are stinking. The department has not given us funds this term.”

Grade 12 learner Asiphe Manyosi said: “Our toilets are disgusting. They make you want to vomit. We pee while we are standing by stretching our legs over the filthy pit toilets. When we poo we have to cover the toilet seat with paper first to avoid the maggots on the seat. Rats are also roaming in our toilets and we are scared of them.”

Another grade 12 learner, Odwa Nophunza, said boys urinate against the wall and floors of the ablution block because the smell from the toilet is “unbearable”. “These toilets have been like this since I arrived here in 2018. If want to poo I have to wait until I go back home.”

At Enduku Junior Secondary School in Engcobo, 1,500 learners share 24 toilets - and 11 of them are broken, says Nobubele Gqabhu, a member of the school governing body. “I became involved at this school in 1995. Since then the condition of these toilets has been horrible.”

“Toilets and doors are broken down. The toilets are old and they need to be built from scratch. The toilets are stinking and are always overcrowded during the break. To ease the burden we let the learners who live nearby go home and relieve themselves.” 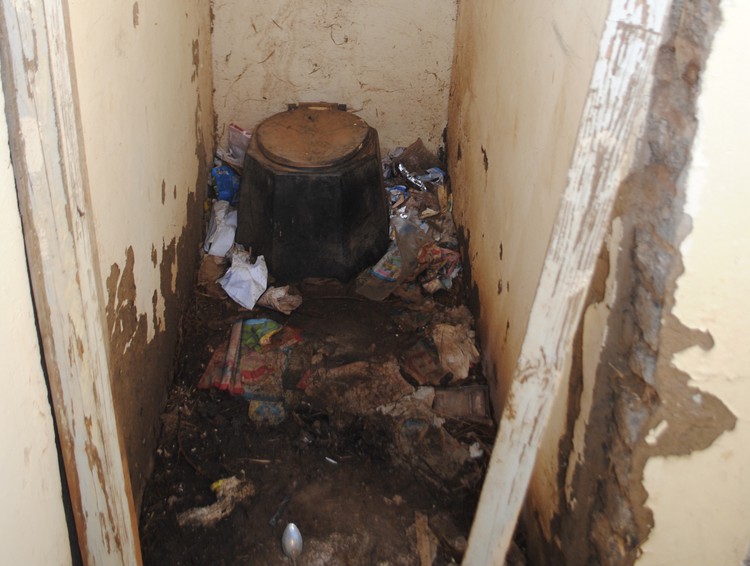 At Enduku Junior Secondary School teachers send learners home where possible to use the toilet at home because the school latrines are in such a state.

Provincial researcher at Equal Education Elizabeth Biney said: “The shameful state of the toilets in the three schools you described is the consequence of the government’s continued failure to comply with its own, legally binding targets and deadlines that are set out in the Norms and Standards for Public School Infrastructure.”

“The inhumane toilet conditions that learners at these schools are subjected to daily is not only an indictment on Eastern Cape Department of Education, for its legal, political and moral failings to school communities. It is also a gross abuse of learner’s rights to health, dignity, education — and even life in some instances.”

Biney said according to the Department of Basic Education Infrastructure Management System report released in April 2021, over 5,100 of the more than 23,000 public schools in the country still had pit toilets. Limpopo, with 2 144 schools, the Eastern Cape with 1,473, and KwaZulu-Natal with 1,000 made up about 90% of these.

Provincial Education spokesperson Malibongwe Mtima said there was an allocation in the budget “to do minor repairs and maintain infrastructure as per the norms and Standards for School Infrastructure”. Asked for more information on how the problem was being addressed, he said: “Unfortunately, my people are very difficult to get since they are all over the districts monitoring preparations for final examinations.”

Update on 2021-10-15 10:00 This sentence was corrected to attribute the quote to Matiwane, not Diko: Matiwane said the Eastern Cape Department of Education was aware of the problem with the toilets “because the officials visit our school every year”.

Next:  If you’ve had Covid, should you get vaccinated?

SANRAL: Getting the facts right on the N2 toll road through the Wild Coast